Some of the large funding deals for the week are: 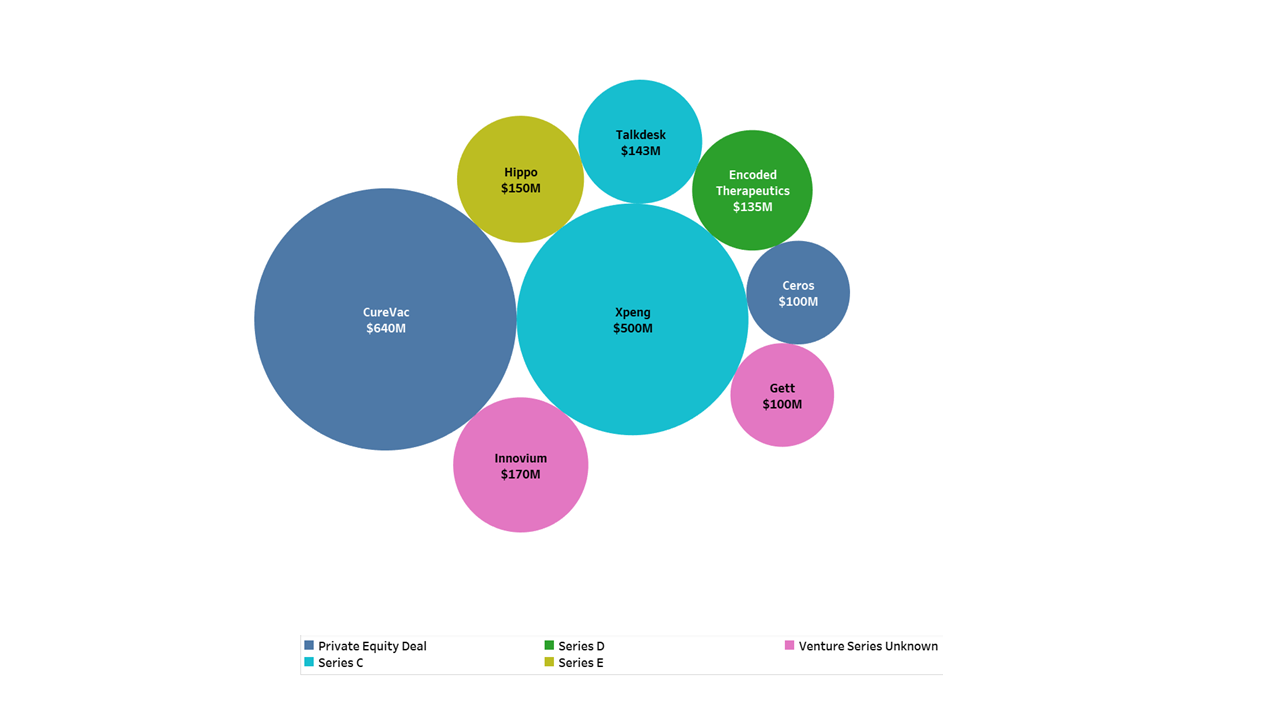